All Dogs go to Heaven, Right??? 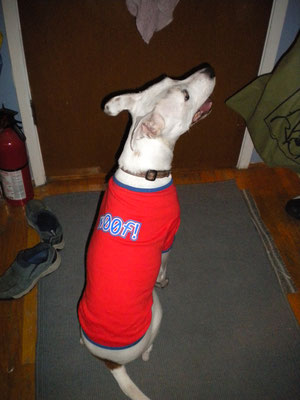 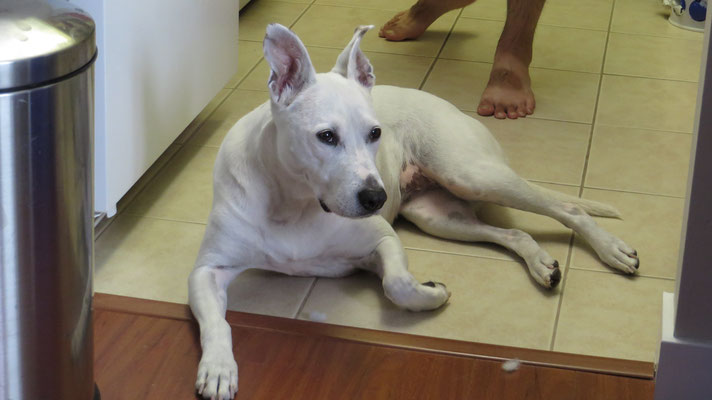 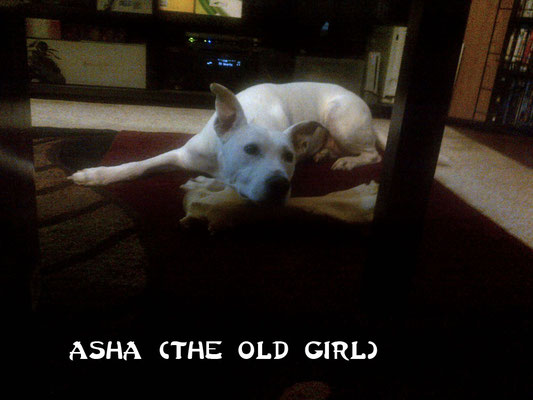 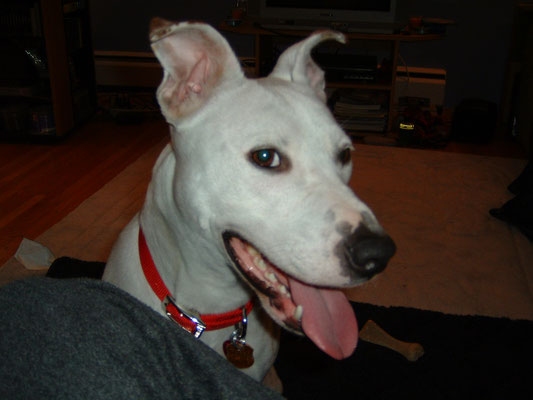 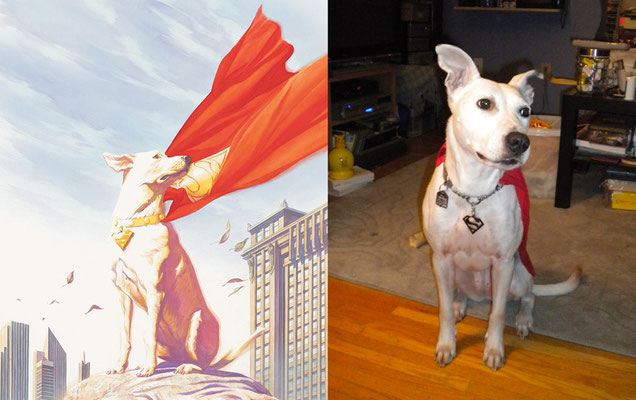 What you see above are pictures of the most faithful, patient companion I have ever had the fortune to have.  She was - when she was on earth - my dog.  My first dog... not the family's dog... not the "family pet" - but my companion, my roommate and my protector.

After a very sudden dip in her health, a hard decision was made to let her go peacefully with some modern tech help via the vet rather than let her wheeze and uncomfortably stagger for a few more weeks/months in misery.    I figure... I will tell her story as much as possible.

In the beginning... with me anyhow

The irony of my dear old-girl and I coming together was that it nearly didn't happen.

I was in a terrible relationship - the worst you can imagine... the gaslighting, the manipulation...etc. - and I wanted a dog.  I figure in my foolish young mind I thought a dog would help bring a sort of stability and sense of responsibility to the relationship - and also... I grew up with dogs.  I missed having a dog.

I had been living on my own for a little over a year... and had started dating the idiot who is blacked out in the pic above.  He was a freeloading piece of trash - and I figured getting a dog would at least help with me putting up with the freeloading a little easier.

He insisted that I was too irresponsible, stupid, negligent, naive, and most of all too poor to have a dog.  I was upset at being simultaneously told all these insults at once... we went to bed mad... and I decided early the next morning to go for a walk to clear my head.

After the walk I resigned with a sigh and told farktwat "You're right.  I'm in no position to properly care for an animal" - but by then he had decided NO.... he was going to MAKE me get a dog and then he was going to USE that dog to humiliate me further... to PROVE to me what a terrible, horrible irresponsible human being I was...  I said "Look, I said no, ok?  No dog... I get it... not the right time, not a good thing" - but then he INSISTED AND INSISTED that I should "just get the dog"...

It was so easy to make a choice.  I went online to the Surrey SPCA - the Surrey SPCA has seen been shut down, but back in 2004 it was a thriving and overpopulated hub for all pitbull, staffordshire and related crosses... apparently nowhere else in the GVRD would have them. 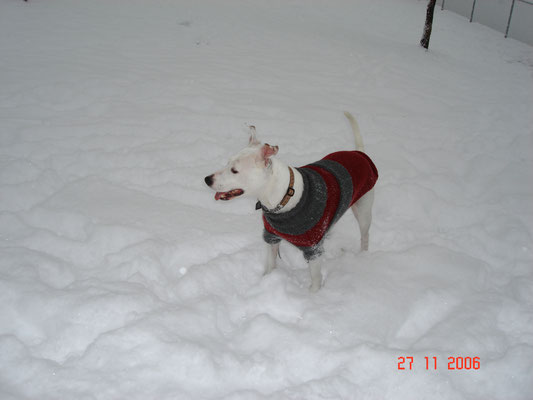 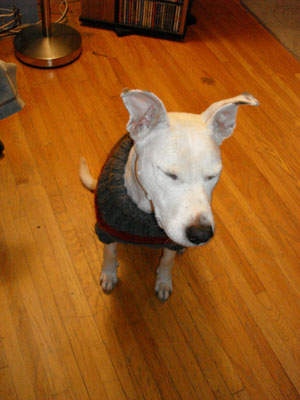 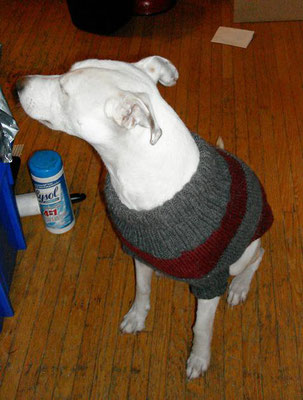 She was listed as a "stray" - but when I spoke with the staff I found out it was not that simple - but a little strange.  She actually did have owners who had surrendered this beautiful dog... but she had to be listed as a stray because there was no ID.

"No... the humans.  The owners had no ID for themselves" replied the SPCA staff

This threw a bit of a glitch in things as well... as the previous owners apparently kept calling the SPCA insisting that they were going to come back and get "their dog" - now the SPCA tries to keep pets with their original owners as much as possible... but they also STRONGLY discourage owners from using the SPCA as "dogsitting" (ie: Surrender your dog... magically show up 4 weeks later 'oh hey, can I have my dog back?', rinse, repeat).  So they had told the owners "We're not a dogsitting service.  You will have to pay for your dog like any other person, but we will hold her for you"

This went on for a few weeks... and each time these ID-less owners would call insisting that they're "gathering the money" to get their dog back.  Finally the SPCA gave up... said "We've got a good permanent home for her where she will be loved and given stability" - and that's when she was brought home.  My dog.

MY companion, not to be shared with a whole family.

My New Roommate and Life-Buddy

She was used in horrible ways by the farktwat above - he would refuse to help me take care of her... I paid for every. single. vet bill... even though he was in MORE than a position to help... and would make me ride in the backseat while she rode in the front... he would frequently steal my drink (water, tea, juice) and purposely feed it to her out of my glass because he thought it was hilarious to take my drink/food away from me.

Needless to say... he saw her as a means to an end... and that end was to degrade me and humiliate me as much as possible... "See how little I think of you as a human?" - so when the relationship ended... I was thankfully left with Asha and the rotted piece of nastiness was cut off.

So the years passed... the relationships came and went - and through it all my brave, sweet, faithful girl was by my side.  There were times when I knew in my gut that I didn't deserve her support or her patience... she honestly had absolutely no benefit from warming my feet or nuzzling next to me when I was sad, angry or pissed off... yet there she was.  Always.

She was perpetually gentle... and sweet.  Over the years she had been attacked not once.. but TWICE.

Once: at an offleash park  - wherein the owner REFUSED to believe that her dog had done any such thing (despite Asha bleeding profusely)

Second time: at Rex Dog Hotel - where the staff also REFUSED to take responsibility for the fact that they had kept a *punctured and bleeding Asha* in an isolation kennel instead of taking her to the vet.  They kept insisting "oh it's just a big scratch" - that "scratch" required 5 stitches and drainage.  She could have died.

NEITHER time did she return attack... BOTH times I had asked specifically if she had harmed anyone or any other animal... both times... the attacker was completely unmarked and unharmed... and the worst was only one of the Rex Dog Hotel staff who had "gotten some scratches" because she figured the best way to stop a dog attacking another dog was to STICK HER BARE ARM in between them. 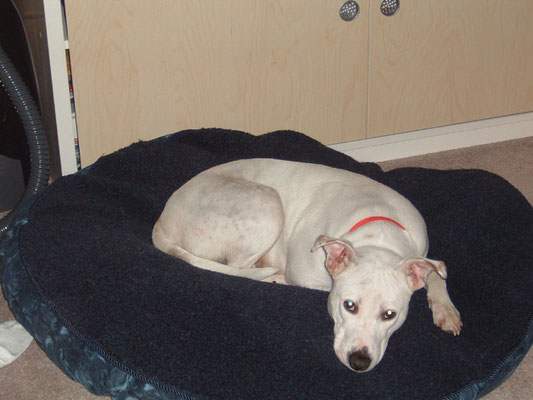 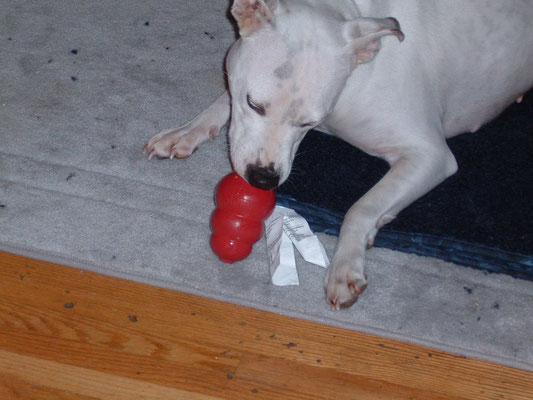 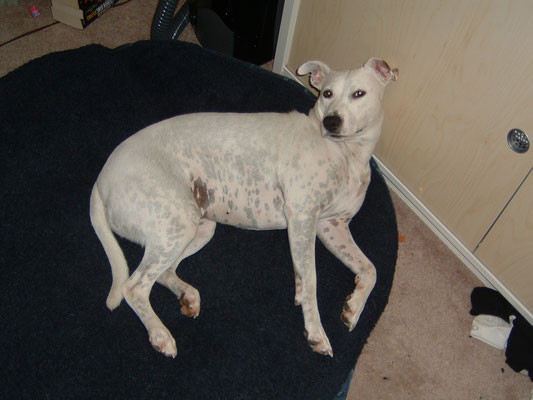 She never lost her humour and never lost her willingness to play with other dogs and humans with pure sweetness and eagerness.  Although she was never aggressive - she would never hesitate to guard me from any perceived threat... dark shadows that were thrown suddenly up against a wall mimicking a possible attacker... she would get between myself and the object and let it know not to come near.

She was not afraid of the vacuum.

She never flinched... and never hid - her place was by my side.

She loved to swim.

It was weird.  I was pretty sure that she was a Pitbull-Australian Cattle Dog mix... not "water dogs" - but she... loved. To. Swim.

We would go to the dog beach and she'd leap off into the water to fetch things that hadn't been thrown.

By her 10th year she was slowin' right down though... she still swam... she still ran... but for much shorter times.. shorter distances... and she seemed... bored.  By this time I had started dating my now-husband.  We decided to get her a friend to entertain her.   All I can say is... thank goodness Asha was as patient as the day was long... because I think the little one really tried her patience.

We began to see signs of old age catching up to her... the walking was slower... she no longer tried to spring UP trees to catch squirrels... she was aging... but still so bright eyed, aware... and healthy.  The vets were consistently (and pleasantly) surprised that she was the age she was but still had the amazing activity level and acuity she had.

Age is relentless and continues to encroach

I was nervous... because I knew this was too good... how had she managed to stay so healthy for so long?  She was 14 by this point and was still able to, for the most part keep up with the puppy (now 3.5 year old) dog we had saddled her with for "her health".  She was frequently "mistaken" for a dog in the prime of her life... no older than 5 years old.

She wasn't old-slow-doddering and chubbifying like other dogs I had seen her age... she wasn't going "gently" into that good night as it were... I was scared.  I knew ... I knew... that when it was her time.. it would be fast... I would not have time to prepare. 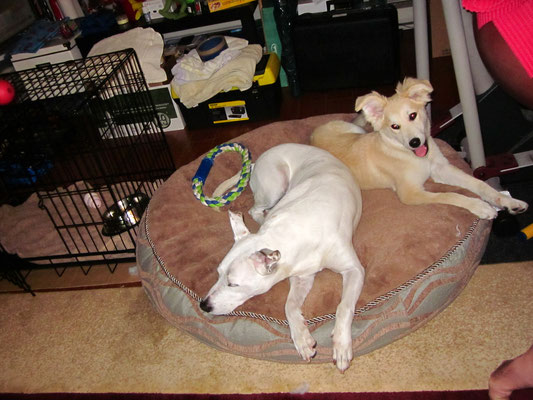 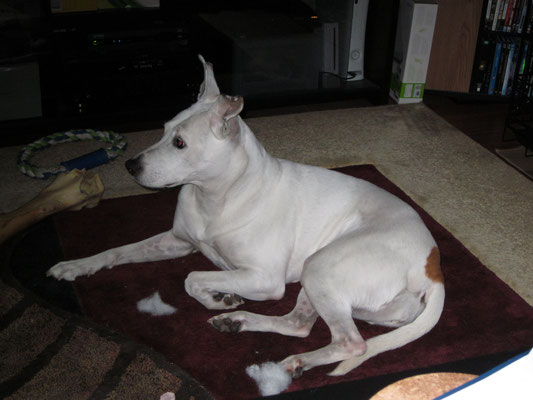 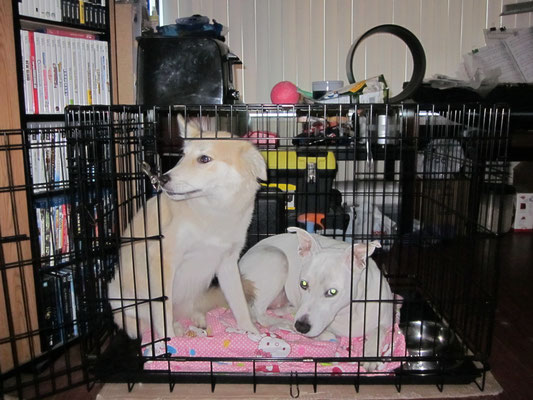 I tried to prepare myself... when she turned 15 in January of 2017... I started talking to myself daily... saying "You know you've been lucky to have her even for this long... it can't last forever... this is probably her last year" - she was already on a special kidney health diet, had some low-dose heart medication... had the occasional wheeze... but otherwise, still alert, cognizant and happy.

I could see as the months went by she would have moments where she would look at me really guiltily after having a wheezing cough.  Like "Mum.  What is happening to me?  I'm sorry... was I being noisy?"

Suddenly about a month ago.. she started having indoor accidents... a LOT... and she was ashamed - I knew... because she did it... but would wait specifically until there were no humans to witness it... then would sneak off somewhere and hide.

Last night... she didn't want to eat... and this morning she threw up what meager contents were in her GI tract... and she collapsed... her gums were blue and she was having trouble walking.

We brought her into the vet... part of me dreaded... knowing... that if it was anything worse than "She's got some gas, here's some doggy alkaseltzer" - we would be able to do nothing... she was too old and frail to deal with anaesthesia.

The prognosis... not only had the left side of her heart begun to peter out... but now her right side was also in failure, so her internal cavities were filling with fluid.  The most they could have done was to drain everything, and have her live in misery and short-breath for a few more weeks before the fluid just built back up again.... if she didn't have a massive heart attack first.

Then it hit... she was not coming home.

All my "preparing" for this day was for naught - I felt destroyed.  Broken.

She had gone the way I had predicted all those years ago.  Quickly.  No warning.  Pretty good one day, and absolutely downhill the next.

I hope she understood.  I know she understood on some level I was upset... and as she was being injected... she tried to sit up... to show me she was "ok"... that she was "Strong".  She wanted to be "okay" for ME... and that hurt even more.

Finally... I nuzzled her cheek and said "Goodbye"... I felt her relax.  She was still.

I will always miss her - and I know I will never find another dog quite like her.

tagPlaceholderTags: Dog Heaven, Loss of a pet, dogs are the best